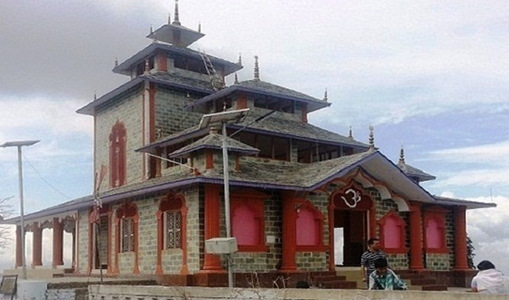 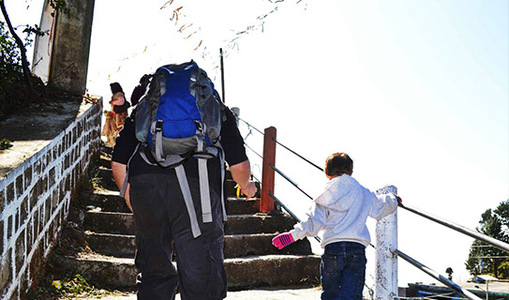 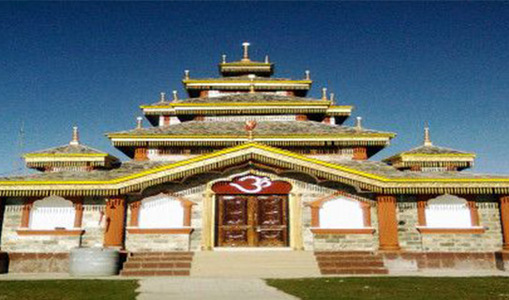 This is a Hindu temple situated at an altitude of about 3,030 metres or 9976ft. The temple is a 2 Km trek from the village Kaddukhal. While the climb is tough, it's worth the view & serenity. It is surrounded by dense forests and affords a scenic view of the surrounding region including the snow peaks of the Himalayas to the north, and certain cities to the south (e.g., Dehradun, Rishikesh) The Ganga Dusshera festival is celebrated every year between May and June and attracts a lot of people.

One of the most persistent mythologies concerning the origin of worship at the site is associated with the legend of Sati, who was the wife of the ascetic god Shiva and daughter of the Puranic god-king Daksha. Daksha was unhappy with his daughter's choice of husband, and when he performed a grand Vedic yagna for all the deities, he did not invite Shiva or Sati. In a rage, Sati threw herself onto the fire, knowing that this would make the yagna impure. Because she was the all-powerful mother goddess, Sati left her body in that moment to be reborn as the goddess Parvati. Meanwhile, Shiva was stricken with grief and rage at the loss of his wife. He put Sati's body over his shoulder and began his tandava (dance of cosmic destruction) throughout the heavens, and vowed not to stop until the body was completely rotted away. The other Gods, afraid of their annihilation, implored Vishnu to pacify Shiva. Thus, wherever Shiva wandered while dancing, Vishnu followed. He sent his discus Sudarshana to destroy the corpse of Sati. Pieces of her body fell until Shiva was left without a body to carry. Seeing this, Shiva sat down to do Mahatapasya (great penance). Despite the similarity in name, scholars do not generally believe that this legend gave rise to the practice of sati, or widow burning. According to various myths and traditions, there are 51 pieces of Sati's body scattered across the Indian subcontinent. These places are called shakti peethas and are dedicated to various powerful goddesses. When Shiva was passing over this place on his way back to Kailash carrying Sati's body, her head fell at the spot where the modern temple of Surkhanda Devi stands and due to which the temple's got its name as sirkhanda which in the passage of time is now called Surkanda